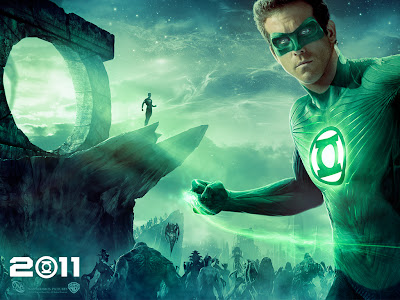 Well it's been a while since I updated this blog, and personally I think about killing it every once in a while, lol. The truth is I just don't have time to update it, also my art has gotten more personal and I rather explore on my own then show and tell these days. Aside from that my move out to LA has really been a blessing, I wrapped up on Batman Brave and Bold last month it was an awesome ride filled with some awesomely talented people. I'm still at WB, but I'm doing character designs on a Green Lantern card game which is based off the movie property. I'll try my best to keep ya'll updated and post a sketch here and there. For the most part I focus on updating the kano kid blog if you guys want to follow the latest on my toys, paintings and gallery happenings you are more then welcomed to follow. Also I updated the kano kid site, if your not to busy swing by and peep what I've been up to.

Hey guys, for those of you who don't already know, I moved out to LA and landed a job at Warner Brothers animation.  I'll be doing character designs on Batman the Brave and Bold. I'm pretty excited to  jump on to such a cool and fun show..

Hey guys, last post I talked about this Code of Everand commercial I did design on, Here is the main character and some development art for his sidekick. I had fun exploring and developing new color techniques for the characters, below you can see the actual TV ad. 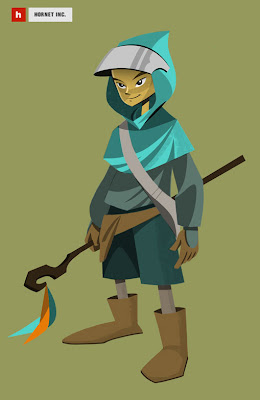 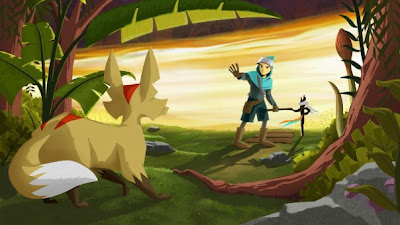 Here is a little teaser of a commercial spot I did character designs on. The game is called Code of Everand. There is a trailer on the web-sites home page that gives you a taste of what the video game is about, however what I worked on is an updated fully animated version of the trailer, which will be up soon, I'll keep you guys posted.

Well a little whiles back I was hired to do some concept art for some of the All Star vinyl line that upper deck was putting out. I was really psyched since I'm a big basketball fan and since a lot of my favorite artist where gracing the platform. Anyway long story short, I designed Paul Pierce and Brian Westbrook and shortly after the whole ASV division got canned from Upper Deck. The good news is that they got to rough sculpt stage and you can get a glimpse of what they would of looked like. 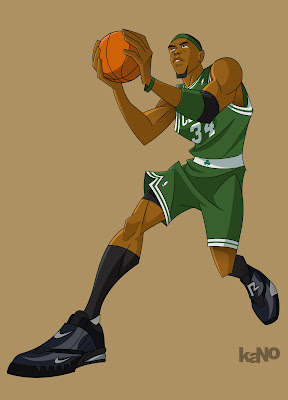 They made some changes to my orginal design which I wasn't very happy with, but oh well.

Next up was Brian Westbrook, can't seem to find the artwork, but here is the sculpt.

I think the Westbrook would of kicked ass, but that's that!

I had no idea what to draw last night so I took a look at the stuff in my office and decided to draw up a quick sketch of Cheek's Kuta Vinyl. Awesome figure Cheeks! if ya'll haven't picked one up ya'll need to do so, still one of my favorite pick ups from SDCC this year.
I love to see dope designers interpret there line work as 3d figures, especially toys. I swiped the colors right off of cheeks's avatar, i was being lazy so I just eyedropped them bad boys in PS heheheh. I gray scaled it to show how much more lazier I can be to do the grayscale Kuta bahahaha. Anyway wanted to give the homie his props for staying on his hustle. 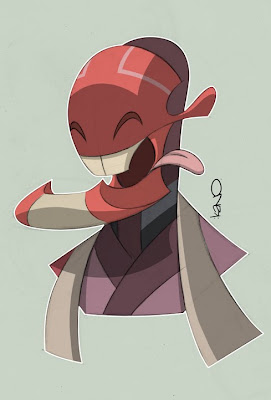 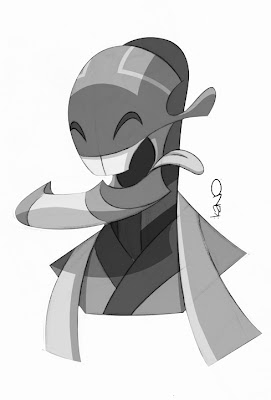 Hey guys as you know my kanokid blog keeps me real busy and it's hard to get around to sharing sketches and stuff, but here I am. I recently had several orders for my Citizen Kano book via my online store, which is always nice. Even better is the fact that I have some down time from freelance and have time to sketch them up real nice, here are a couple of my favorites. 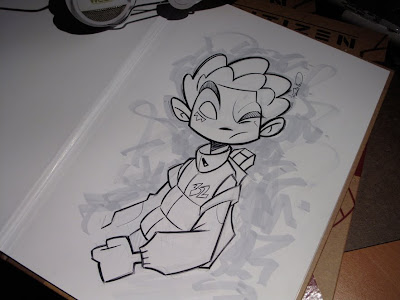 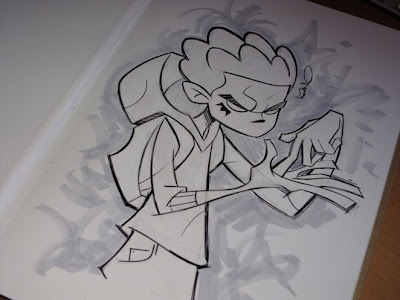 Hey guys, so a little while back I got to do some MJ concept sketches for upper deck, this would have been for the All Star Vinyl line, however I don't think Jordan brand was feeling the ASV figures so they didn't approve the designs. Anyway I got to freelance for Jordan brand from there on based on these drawings, so it's all good.  - click on the pics for a closer look. 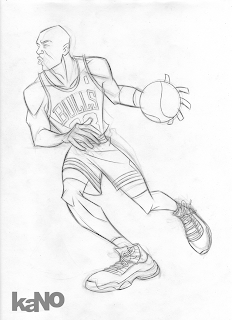 Here is the sketch and the final of a piece I did for my friends vinyl toy launch, the piece will be printed on to 12x12 canvas and is part of an installation. The character depicted is my version of his character Spikey.

Here's a piece from my personal sketches, This will probably end up being a painting or a print if I ever end up having time to take it to finish.

Here's a piece from my personal sketches, This will probably end up being a painting or a print if I ever end up having time to take it to finish.

Hey whats up guys, so for the new year I decided to manage my blog a bit. I decided to start from scratch for 2009, this blog will be for sketches and concept art. If you are interested in staying up to date on all my toy releases, gallery shows and kaNO kid related inquiries please follow the kaNO kid blog. for now lets get the sketches on a roll. 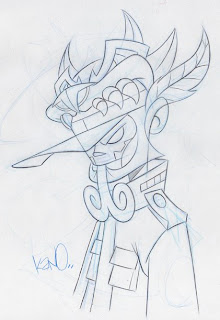 This is a sketch I did for a collabo show I did titled Street Tribe starring Jesse Hernandez and myself. Originally we where suppose to collaborate on paintings, however it ended up being easier said than done since he is in San Fran and I am in NY. Anyway with his permission I was able to design this piece using my style and some of his tribal trademark designs. I think the styles merged nicely. 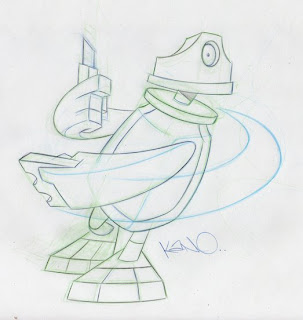 Next up is another concept I did for one of my toy signings, this features my recent vinyl figure titled Bodega. Designer vinyl toys aren't meant to do much in the action department, so I wanted to take the opportunity to promote the figure as animated as possible. 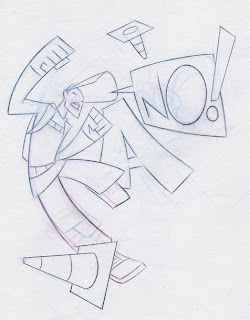 This last piece was for kicks, those of you who known my work for a while know I've always played around with the concept of having my characters posed out in the form of letters. Anyway here is a fun little concept I knocked out before I passed out LOL.